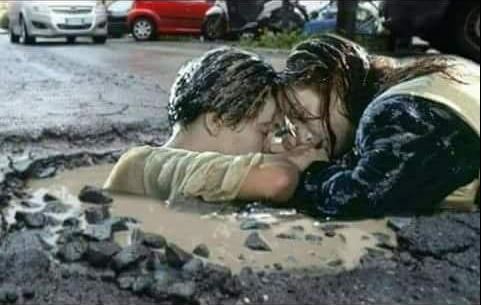 Before the County sends you the check for damages to your car,  you sign and mail back a General Release and Settlement of Claim.

By clicking on the General Release and Settlement of Claim; (highlighted in blue below), you can see how much I was awarded for damages, for damage done in the spring of 2017 to my car. When you see the amount I was awarded you will realize it is worth your time to file a complaint asking to be made whole, if you experience damages to your car from potholes.

I hope that interested persons in and around Evans NY will post pothole information (pictures, locations, date reported to whom) here so that if and when someone wonders if that pothole has been reported already, they can know it was reported and thus can also mention this in their damage claim report to the county.

It is good to mention (with proof) in your claim report that the county already knew about this pothole, prior to the day your damage was sustained (just in case they claim they had no prior knowledge of the pothole in question).

The moral of my story……WITHOUT THE PRIOR REPORTING OF A POTHOLE THE COUNTY WILL NOT ALLOW YOU TO CLAIM DAMAGES IF YOU ARE THE FIRST ONE TO REPORT IT ON THE SAME DAY YOU EXPERIENCED CAR DAMAGE.

see my General Release and Settlement of Claim

LIST OF EMAILS AS PROOF OF SPECIFIC POTHOLES REPORTED

Hi, I (we) are reporting to Erie County the potholes on your road. I document these potholes on my website with a picture and date and a link. The link associated with a given picture takes you to the email I sent to Erie County listing that specific pothole. This proves when the county was informed.

If this interests you, you may want to visit the following websites:

Also, you can find these webpages by Google-ing “Evans New York Potholes”.

If you want to take action I am accepting help from picture-takers who dedicate themselves to a section of Lakeshore Rd or Main St, Angola. Such picture-takers will email to me updated pictures periodically.

As a business-owner-picture-taker, such pictures posted on my website will have the business’s name and any other wanted information in the picture’s title, as a kind of caring-type-local-business advertisement.

BTW patch work done by the County will be inspected by me (or another) and remaining inadequately filled or failing patches or neglected potholes will get re-pictured (on the earliest sunny day to enhance shadowing for depth perception)  and re-reported, so the county cannot argue against a pothole-damage-claimant by asserting that that section of road was just patched.