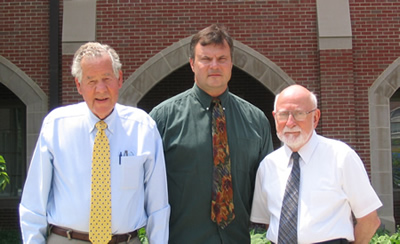 Fear around the World

This chapter was written by Shannon Saadey at my request. She was a summer intern at Lighting Innovations LLC and Photonic Developments LLC in 2015. She is a junior at John Carroll University, majoring in biology/public health. Since Alzheimer’s disease has an enormous impact on public health, it seemed appropriate to ask her to investigate this aspect of the disease and write about it. RLH

Alzheimer’s disease is feared within every part of the world. With this disease affecting a worldwide population of around 44 million people, it is becoming one of the hardest diseases to withstand, not only for those diagnosed with the disease, but for the caregivers and the economy as a whole. Alzheimer’s is caused by many factors that range from genetics to the environment to specific lifestyles that people live. All of these factors can affect one’s brain over time, making one person more susceptible to having Alzheimer’s disease than another. Symptoms of Alzheimer’s are commonly shown around the age of 65 and older. This is the common age across the world for this disease to start affecting lives.

In the United States, Alzheimer’s disease is listed at the sixth leading cause of death. As of 2014, one in nine Americans over the age of 65 had Alzheimer’s disease, and this number is projected to grow unless a cure is found.[1] There is no specific cause for this disease. We know that the biggest risk factor is age. There has been some controversy about whether the ethnicity of a person in the United States plays a role as a risk to Alzheimer’s. There have been studies that show evidence that in the United States, African Americans and Hispanics have a higher chance of getting Alzheimer’s than whites. In an article on NCBI called “Ethnic Differences in Dementia and Alzheimer’s Disease,” a specific study was done in New York City that examined 2,126 elderly residents of the three different ethnic/racial groups. After extensive neurological observations and testing, it was shown that African Americans and Hispanics had a higher diagnose rate than whites.[2] It is still up for debate why African American and Hispanics have higher rates. As in the study, most patients with Alzheimer’s will end up in a memory care facility. This is a secure assisted-living home where patients can have a semiprivate or private area to themselves with 24-hour care. Even though some people look down upon placing these patients in a memory care facility, it is often the best way to keep a family member safe. Placing a loved one in a memory care facility can help relieve the emotional stress one can experience. With that being said, placing a family member in a memory care facility can cause financial stress as well. According to Gensworth.com, in 2012 in the United States the average cost of care was $5,000 per month. Depending on the specific facility, the cost can be higher or lower.

With so much money going into care for Alzheimer’s patients, one would think that more money would be going to research for finding a cure, but that is not exactly the case. The Alzheimer’s Association states on their website, alz.org, that “Scientists believe that we are at a tipping point in Alzheimer’s research. We have the ideas, the technology, and the will. But we do not have a commitment from the federal government.” This commitment is the amount of money they need to go full force in finding a cure or even a solution to the damaging symptoms of the disease. It is said by many that if a solution is not found, America will spend trillions of dollars on Medicaid and Medicare for Alzheimer’s. The website also states, “For every $28,000 the federal government spends on care for Alzheimer’s disease patients, it only spends $100 on the disease research.” With both the number of people with Alzheimer’s and the amount of money it takes to care for these patients growing, many believe this small amount is unacceptable. This is why the Alzheimer’s Breakthrough Act was created. This act would have committed the federal government to giving money to fund breakthrough research to help Alzheimer’s patients. It would have involved treatments to stop or slow down the disease and also reduce the financial burden.[3] Unfortunately this act was not passed by Congress. New ideas are being sought to find other solutions to help those fighting and paying for Alzheimer’s in the United States.

Even though the United States is suffering greatly because of Alzheimer’s, the disease is actually most common in Western Europe. In France alone there are more than 800,000 people who are currently living with the disease. This number is continuing to grow, as each year more than 200,000 people are diagnosed.[4] It is also stated that in Western Europe women are more likely than men to be diagnosed with Alzheimer’s at the age of 65 or older. We have to remember that women on average have a higher life expectancy.

Since the incidence of Alzheimer’s disease is so high, the number of programs in Western Europe is large regarding memory care and specific medications to help slow down the process. France is one of the leading providers of caregiving in the world and sets standards that other countries follow. It is great that they have created a system that works, because without it their already extremely high rates of Alzheimer’s will skyrocket. Actually it is said that France was one of the first European countries to develop a national plan to address Alzheimer’s. The National Plan for Alzheimer’s will give people with Alzheimer’s and their family members ways to help cope with the disease. Its three sections are broken down into 44 chapters, hence the plan is also called “44 Measures.” The three sections are 1) Improving Quality of Life for Patients and Caregivers, 2) Knowledge for Action, and 3) Mobilizing around a Social Issue.[5] Within these sections there are plenty of tips to help those with Alzheimer’s and those who care for them. As in the United States, cost of care can be expensive. According to an article on PubMed the average cost of care is around EUR 2450–3102.[6] France on average spends annually around $2 billion on Alzheimer’s. It focuses on more of a home-care-based system where patients can stay at home and be taken care of in familiar surroundings. They try as much as possible to keep men and women out of hospitals and doctors’ offices and in their homes.[7] This will help relieve stress on the patient and the family.

We have covered two countries where Alzheimer’s is quite prevalent. In Sub-Saharan Africa there is the smallest amount of reported Alzheimer’s. A 2001 study (PMC1174728) shows that Alzheimer’s is lower in Africans living in Africa than in African Americans. This could be due to the environmental and genetic factors that take place in each country.

A specific study was done that compared 2,459 people living in Ibadan, Nigeria, and 2,174 people living in Indianapolis, Indiana. Those being studied were 65 years and older and had no previous signs of Alzheimer’s. Specific tests were done, followed up by a two-year and five-year screening. After the study it was shown that around 89 African Americans met the criteria of having the disease, whereas only 62 of the Nigerians met the disease criteria. Again this could be due to different types of environmental factors each country has to offer.

Because of the disease being so rare in Nigeria, a problem lies with the care of those who do have Alzheimer’s. Since there is such a low rate of getting Alzheimer’s, not much thought goes into providing care for those who do. In Nigeria, Alzheimer’s is just looked at as memory loss, which they think is just a result of old age and is acceptable. I believe this is because the average life expectancy in Nigeria is around the age of 52. Since Alzheimer’s doesn’t start affecting people until the age of 65, this could be why it is so rare.[8]

These three major areas around the world show you that Alzheimer’s can affect anyone. To this day there is so much to learn about the causes of the disease. That is why the breakthrough in understanding how melatonin affects Alzheimer’s can change how we act toward the disease, and how prevention by maximizing natural melatonin (by avoiding blue light in the hours before bedtime) is our best plan of action.